As usual, there’s a constant stream of rumors and speculation about which Apple products are coming next. The New iPad only launched back in March, but that does not stop Apple fans from getting excited about the possibility of a redesigned – and crucially, smaller new iPad. Everyone’s talking about the new iPad mini and finally now the new iPad Mini is here Today Apple releases his new gadget.

1) The iPad mini will be hitting shops on Friday November 2. That’s this Friday! Rumours that the new iPad would be called the ‘iPad Air’ or the ‘iPad Nano’ have been proven false – Apple have gone for the simple ‘iPad mini’.

2) Apple boss Tim Cook promised the pocket sized device was “not just a shrunken down iPad” but “an entirely new design”.He said: “You can hold it in one hand…” 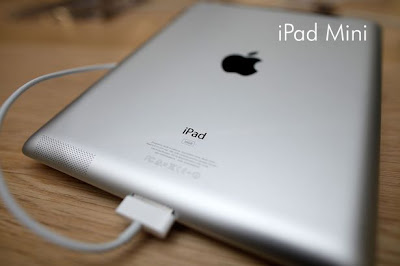 5) The iPad mini comes in black and white (“same colors as a zebra crossing!”).

8) The iPad mini range will start at £269 for the 16GB Wi-Fi model – that’s £130 less than the equivalent iPad costs. This pricing puts the Mini in direct competition with £159 rivals such as Amazon’s Kindle Fire and Google’s Nexus 7.

9) The iPad mini has a 5mp iSight camera and a HD FaceTime front side camera.

10) Its Wi-Fi is twice as fast as the big iPad, plus it has a dual core A5 chip and LTE download. 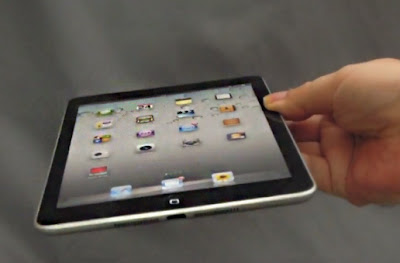 12) According to big-man Phil, Apple are  “so far ahead of the competition I can’t even see them in the rear view mirror!”

13) Apple will come in for some flak for “responding to competitors instead of pioneering their own way”, according to Ovum’s principal analyst, Adam Leach. Then again, Apple would have been foolish not to fend off the competition – especially with the Christmas market just around the corner.