Less than six months on the market, and now over 30 million sold: Samsung Galaxy S3 is by far the most popular Android smartphone ever. And just like the Samsung Galaxy S2 seems the popularity of the Galaxy S3 to have underestimated. 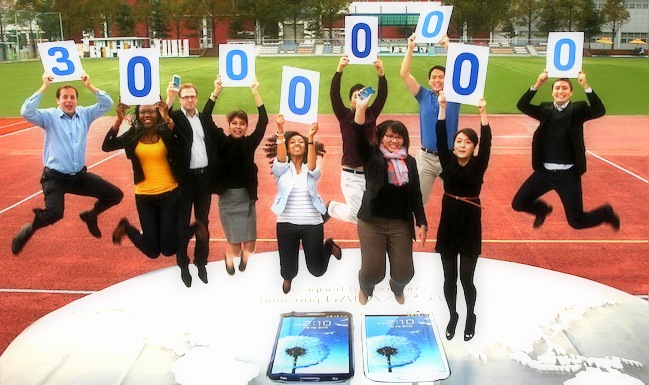 Some time before the unveiling of the Galaxy S3 appeared the news that Samsung at least 30, maybe 40 million of wanted to sell – but that number within half year, so it would be like for the Koreans quite a positive surprise to be.
We – or better yet: Samsung’s accounting department – are so very curious where the counter will eventually hang. Finally, the holidays are coming, and it takes more than six months before a possible successor will enter the market. And even then the Galaxy S3 course, just hit the shelves, like the Galaxy S2 also still on sale (and sells!).