While Apple launched the first version of iOS in 2007 with the first iPhone, Google made a play over a year later to challenge Apple for the smartphone market. 5 years ago today, Google, along with other companies such as Samsung, HTC, Qualcomm, Motorola and more, officially revealed that development had begun on the Android OS.Even though Android was officially announced 5 years ago today, it would still be another year or so before the 1st Android-based smartphone, the T-Mobile G1, went on sale. 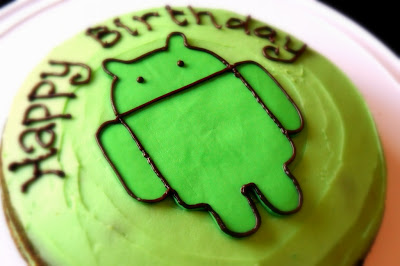 Today is officially Android’s Fifth Bday, and the world has seen the OS become a huge force in the smartphone industry. Many hardware makers now create Android devices, which has gone through 4 major versions and several minor updates. A few days ago, a report claimed that 3three out of every 4four smartphone shipped worldwide in the third quarter of 2012 had a version of Android inside.
While Android has been highly successful on smartphones, the OS has not been as successful on tablet devices out of the gate. However, that may be changing. As we reported earlier today, the market share for Apple’s iPad has gone down even as Android tablets from companies such as Samsung and Amazon have seen gains.